[ENG] 'The Doors of Eden', by Adrian Tchaikovsky 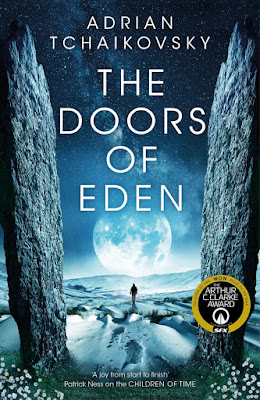 THE DOORS OF EDEN

It is not that common to see a writer starting his career with a 10-book fantasy series. It is even less common to see the same author, more than a decade later, revisiting some of the main tropes of science fiction with so much success. Only a few are capable of this and Adrian Tchaikovsky is clearly one of them.

Actually, unless memory fails me, most of his published work in the last 2-3 years are mainly Sci-Fi, with the exception of the novella Made Things or, earlier, Redemption’s Blade. Which is quite significant considering that Adrian is publishing two or three books a year and fantasy seems to cope with most of the space in the shelves in bookshops.

The Doors of Eden starts when two youngsters, Lee and Mal, are on the hunt for mysterious animals or mythological beings. On one of this expeditions to Bodmin, in Cornwall, one of them disappears. Four years later, the missing comes to life. Where has she been all this time? Despite of the initial set-up, which looks more like a young adult novel, the book shortly becomes a techno-thriller that involves the MI5, scientists and other characters with different background. Nothing to envy to some classic TV series as Fringe, as an example. 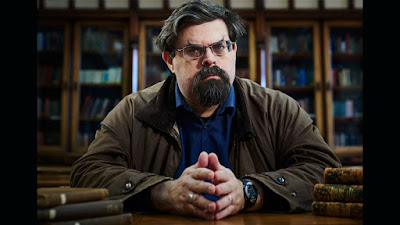 Parallel to this timeline we can read some excerpts from a book called Other Edens: Speculative Evolution and Intelligence written by Ruth Emerson, a teacher in the University of California. This book tells us about how the various biological changes during Earth evolution created different Earths and other worlds and timelines. These dense but not long chapters are a complete mind-blowing writing by Tchaikovsky. The level of information and documentation is both amazing and overwhelmed.

Do you remember the girl that went missing searching mysterious animals? I’m not doing much spoiler if I say that all the alternative worlds been generated since the beginning of times are cracking and beings from other Earths are travelling from their worlds to ours and vice versa. The book follows the adventures of this motley team trying to sort the issue while the rest of humanity have not yet realise about it. Other planets beings evolution is significantly different to Earth: highly evolved rats, flying dinosaurs and, who could’ve imagined, insects! Among other species that you’ll find out during the reading. 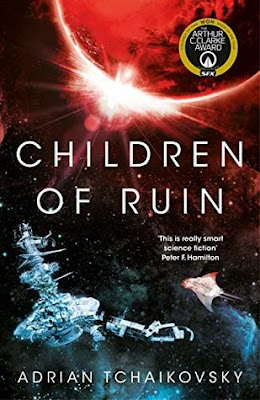 The addition of these interconnected worlds gives great value to a novel that in itself would have been a fabulous techno thriller as seen in the first half of the novel, making this book an infinite journey of incalculable consequences. Not just that, Tchaikovsky also includes references to certain current events such as Brexit, climate change or nationalisms.

This is a novel that requires some of the reader attention while reading it. Multiple points of view and different realities coming up calls for some attention at the same that the pace of the novel does not slow down during most of it. As much time as you dedicate to build the world’s imagine by Tchaikovsky in your mind, the more you will enjoy it.

I’m pretty sure this might be one of the most ambitious science fiction novels of the last few times. For sure, it is more than Children of Time and, possibly, even more than the fantastic Children of Ruin. Adrian Tchaikovsky is decided to review some of the most important topics of the genre and he can count on me for reading them. 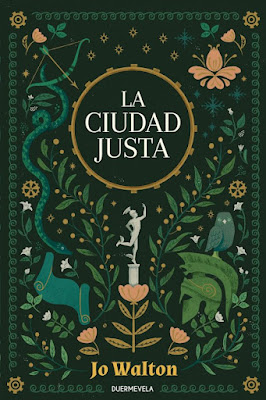 'The Shadow of the Gods', de John Gwynne 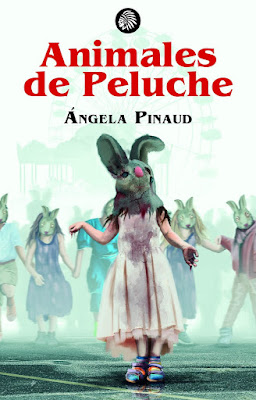